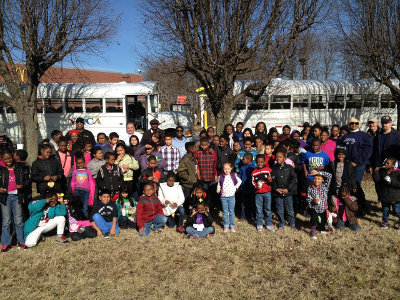 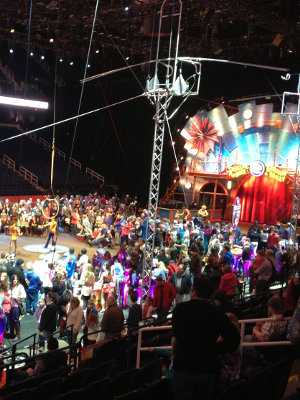 On Saturday, February 7, 2015 members of the Rotary Club of Clemmons took 83 children from the lower-income areas of Winston Salem to the Barnum & Bailey - Ringling Brothers Circus. The children were picked up at the Townview Apartments, Cleveland Ave Homes, Piedmont Park, Rolling Hills Apartments, and the surrounding areas, and then bussed to the Circus, along with the volunteer Rotarians. The children had a great time watching the animal acts, the acrobats, the gymnasts, the clowns, and numerous other performers. After the circus, the kids were treated to lunch at McDonalds before being returned to their homes. Rotarian Chuck Houska organized the event, and said “It is a real pleasure for our Rotary Club to be able to offer these kids a chance to do something that most of them had never done before – spend the day having fun at the circus”.

Bill McClain, the Interim Executive Director for GIDE (Guiding Institute for Development and Education) and YEA (Youth Education Academy) said the children participating were selected based their participation in after-school programs, their grades, and their good behavior.

Mr. McClain commented “There is a special spirit that exists among the members of the Rotary Club of Clemmons that allows them to identify ideas act upon them on behalf of the youth who live in the inner city. It is that type of spirit that is needed to solve social, academic, and racial issues that exist in the community”.

The Rotary Club of Clemmons also annually hosts the “Hand-in-Hand Christmas Event” with almost 300 kids from the inner-city areas.